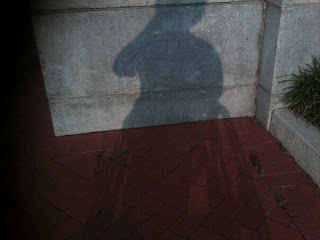 A few days ago one of my Facebook friends, a Conductor if I recall correctly wrote a blog post about learning foreign languages and was looking for tips and suggestions. My advice is: just do it. I started speaking Hungarian when I was seven. I arrived at the Peto Institute one day and nobody was too concerned that I didn't understand what they were saying. They didn't get me a translator, a dictonary, or any kind of cheat sheet with common phrases. They didn't try to figure out if I spoke any other language. That first day they spoke to me in Hungarian. Yes, that first month I only understood basic phrases like stretch out your arms, stretch out your legs and I could count to ten. But when I was back for my six month term I ended up speaking pretty fluently, translating Soviet jokes I did not get at age seven.  Conductors would chase me to kiss my cheeks screaming  'Puszi'. Yes I was a cute kid. Learning the language was pretty much like learning to do my routines. I remember that first day they made me walk between two long pipes tied to chairs at the end. She pointed out a spot on the floor with her foot and said "ide" which meant "here". So I ended up walking forward. That first day I was in full rehabilitation mode, no excuses, no special explanations and accommodations. And I caught on. I was in full learning mode as well. An I guess that's the thing about Conductive Education being after all an education. The two seemed so intertwined it felt one process. I remember translating an issue of "Tom es Jerry" comic with my mom with a dictionary in hand, writing in Polish translation into the bubbles but that wasn't what did it. It was a need to communicate.

I've learnt English at age 12, just by watching TV. We had our cable connected that year and although it offered  at least  four times as many channels in German I didn't really care for them. I watched :"Sky One" (before BSkyB chose to encrypt it) and "Lifestyle/The Children's Channel" every day. My mom loved the old black and white "Dick Van Dyke", "Mr. Ed", "Diff'rent Strokes" and "Bewitched" and we enjoyed them together. I was also a big fan of the "Facts  of Life". I guess I've learnt it simply because I wanted to, I needed to and it was useful. I've studied German for a year or two by that time and continued for 5 more in school and I never got any good. My English replaced my Hungarian, although my parents made me go to The Hungarian Culture Institute every week  for couple months, there was no saving it. Europeans think I sound American, many Americans think I'm from "somewhere else" but I don't have the typically hard Slavic accent. For the record, I still  struggle with slang, Australian and New Zealand  accents and for many years I found shows made in the UK impossible to watch.